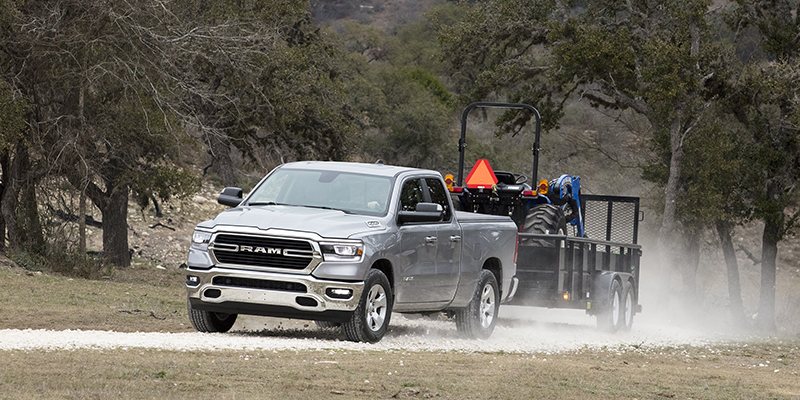 There was a time when if a customer wanted to drive a new truck they had only one option, which was buying the truck outright. And they paid a pretty penny for that right. The minute they drove the truck off the lot,

And after a year, the average driver will have lost another $5,000 worth of depreciation.

By the end of year two, there’s an additional $6,000 lost in depreciation.

Each year, around 4.3 million Americans chose to either lease a truck or a car rather than purchase one.

And that roughly $16,000 in depreciation during the first two years has a lot to do with it.

A standard lease is typically two or three years. So when depreciation comes into play, for a great many, leasing is the way to go.

If a customer has the credit scores to lease, a truck valued at $51,000 would only require a $3,000 upfront payment, and the monthly costs for a 3-year lease would run around $1150 dollars per month.

On the other hand, if customers elect to buy, they would need to lay down twice the down payment amount, $6,500, and would pay a monthly fee of nearly $1400 per month.

Comparing a purchase of the truck with truck leasing, the totals are about the same. It will cost roughly $57,000 to either buy or lease the truck.

The big comparative differences are:

In exchange for the $250 less monthly payment and the $3,500 less upfront payment, if you want to own the truck, you would need to pay an additional $12,000 total with leasing, while the truck would be yours clear and free if you are buying.

There is, however, an additional value economically in leasing if a customer owns a business. The IRS considers a lease a business expense. As a result, almost the entire amount can be deducted from the business owners’ taxes.

While it’s true there are tax deductions for depreciation if the vehicle is bought for business, the rules regarding depreciation are much more complicated.

Things to watch out for when leasing

Although leasing works from many, there are important things to keep in mind. For one thing, you have to be careful with a leased vehicle.

When it is turned in, if it has lots of nicks and dings because it was taken off-roading, then the leader will need to pay a substantial fee for not returning the truck in good condition.

If you wrap your shiny truck around a tree, the insurance will pay off only the estimated market value of the truck, not what you are required to pay in your lease agreement.